ADEN, Yemen, Jan. 23, 2020 /PRNewswire/ — The port of Aden set an all-time record in 2019, witnessing the largest increase in the volume of offloaded cargo in its history. The Saudi cranes grant to the port contributed significantly to the higher volumes, both in relief aid and commercial imports. 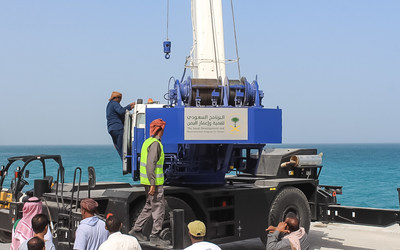 Yemen Ports Authority Information Director Abdullah Al-Sharafi confirmed an increase of 14% in offloaded cargo over 2018 volumes, in addition to a 17% increase in the number of containers handled. Al-Sharafi said that the port had unloaded more than five million tons of cargo at its container terminal over the course of last year. Aden port also achieved an increase of 14% in dry cargo handling, registering 637,042.5 tons.

The Kingdom of Saudi Arabia has provided the port with two cranes, each with a capacity of 60 tons, as part of the support extended to Yemen under the Saudi Development and Reconstruction Program for Yemen (SDRPY). This support includes ports in a number of different Yemeni governorates. Saudi Arabia has also provided one 60-ton-capacity crane each to Mocha and Mukalla ports, and one 30-ton crane each to Nishtun and Socotra ports. 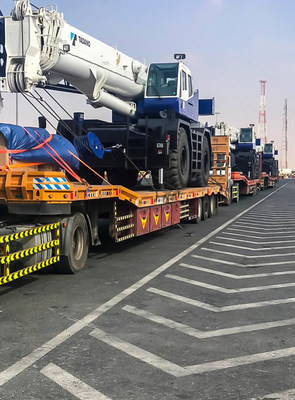 The importance of Saudi support lies in its power to raise the capacity and efficiency of Yemeni ports in general, thus improving flows of humanitarian aid, medical materials and commercial shipments into the country.

The port of Aden resumed work in 2016 after a standstill of nearly 5 months. Located on the Gulf of Aden on the south coast of Yemen, it is one of the largest natural ports in the world. In 1950, Aden was the second busiest harbor in the world after New York in terms of the number of vessels entering the port.