– Median elimination of the virus in four days compared to nine days with standard therapy, according to the study involving 60 patients

– Efficacy of the drug is above 80%, a criterion of a drug with high antiviral activity

– Russia’s Ministry of Health has approved the start of the final stage of clinical trials involving 330 patients, with selection of participants currently underway

MOSCOW, May 22, 2020 /PRNewswire/ — The Russian Direct Investment Fund (RDIF), Russia’s sovereign wealth fund, and the ChemRar Group today announce the start of the final stage of the multicenter randomized open comparative clinical trial of the drug Favipiravir on patients hospitalized with COVID-19. 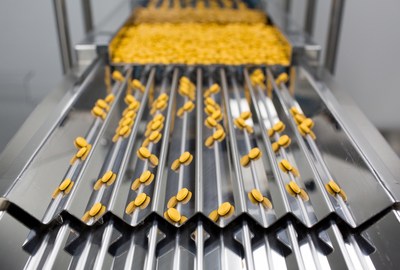 On 21 May 2020, the Ministry of Health of the Russian Federation approved the launch of the final stage, which will involve 330 patients compared to 60 during the initial stage, as well as additional research and medical centers. In total, 30 medical centers in nine Russian regions will conduct studies at the final stage. RDIF and ChemRar have applied to the Russian Ministry of Health for the accelerated registration of Favipiravir in accordance with the Russian Government’s Decree No. 441 of 3 April 2020.

The first stage of the trials has already been completed. It lasted ten days and involved 60 patients with coronavirus infection with moderate illness. 40 people received Favipiravir treatment and the other 20 patients from the control group were on standard therapy. According to the results of the first stage, Favipiravir demonstrated safety with no new or previously unreported side effects detected. The drug’s efficacy was above a threshold of 80%, which is the criterion for a drug with high antiviral activity. The body temperature of 68% of patients taking Favipiravir returned to normal earlier (on the third day) than in the control group (on the sixth day). On average, complete elimination of the virus from the body as a result of Favipiravir treatment occurred in four days, while in the standard therapy group this process took nine days.

Following the first four days of treatment, 65% of the 40 patients who took Favipiravir tested negative for coronavirus, which is twice as many as in the standard therapy group. By day 10, the number of patients whose tests returned negative results reached 35 out of 40.

“We continue to receive promising data during the clinical trials of Favipiravir. At least 85% of patients in the control groups completely recovered from coronavirus within 10 days after the start of the treatment with the drug. We expect a positive final result of the trial, which will enable us to complete the registration procedure for the drug in Russia and roll out full-scale production and delivery to medical institutions across the country.”

“We noticed a faster improvement in the general health and clinical condition of the patients taking Favipiravir, which may lead to earlier discharge from hospital and reduce the burden on medical facilities by 30-40% in the near future. Thanks to the administration of Favipiravir, most patients are not infectious as early as the fifth day of treatment, which is critical to stop the epidemic and ensure a swift return to normal life.”

Russian Direct Investment Fund (RDIF) is Russia’s sovereign wealth fund established in 2011 to make equity co-investments, primarily in Russia, alongside reputable international financial and strategic investors. RDIF acts as a catalyst for direct investment in the Russian economy. RDIF’s management company is based in Moscow. Currently, RDIF has experience of the successful joint implementation of more than 80 projects with foreign partners totaling more than RUB1.8 tn and covering 95% of the regions of the Russian Federation. RDIF portfolio companies employ more than 800,000 people and generate revenues which equate to more than 6% of Russia’s GDP. RDIF has established joint strategic partnerships with leading international co-investors from more than 15 countries that total more than $40 bn.

Further information can be found at www.rdif.ru

ChemRar Group unites R&D service and investment companies in the field of innovative pharmaceuticals for the development and commercialization of innovative medicines, diagnostics, preventive care and new treatments of life-threatening diseases in Russia and abroad. Further information can be found at http://en.chemrar.ru/