Bodhi Tree to focus on media and consumer technology opportunities in Southeast Asia, with a particular focus on India; QIA to commit up to $US1.5 billion to the venture and its opportunities.

MUMBAI, India and DOHA, Qatar, Feb. 9, 2022 /PRNewswire/ — Lupa Systems Founder and CEO James Murdoch and Uday Shankar, the former Chairman and CEO of Star India and the former President of Walt Disney Asia Pacific, announced today they are forming a new venture, “Bodhi Tree,” an investment platform that will be financially supported by the Qatar Investment Authority (QIA). This new venture is designed to invest in media and consumer technology opportunities in Southeast Asia, with a particular focus on India. Bodhi Tree will leverage technology to provide disruptive solutions that drive transformational outcomes in sectors with deep consumer engagement – including media, education and healthcare – to positively impact millions of consumers across the region. Bodhi Tree will be investing at scale to achieve these outcomes.

“We are very pleased to announce Bodhi Tree,” Messrs Murdoch and Shankar said. “Opportunities abound to scale exciting businesses in India and the broader Southeast Asia region. Our continued focus on investing and building relationships in these regions comes from our deep conviction in the long-term growth of these economies and the incredible power of these consumers, as these sectors are transformed by technology.”

QIA CEO Mansoor bin Ebrahim Al-Mahmoud said: “QIA is proud to play a key role in bringing Bodhi Tree to reality. QIA is investing in the technology and media space and India is a key market for us. QIA looks forward to backing Bodhi Tree as they drive forward their growth plans in the future.”

About Bodhi Tree
Bodhi Tree is a strategic partnership designed to invest in consumer technology opportunities in Southeast Asia, with a particular focus on India. The entity will be run by Murdoch and Shankar as co-chairs. 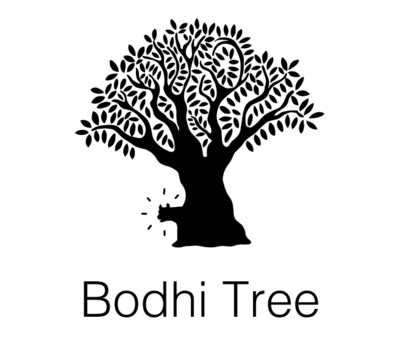 About Lupa
Lupa Systems is a private holding company founded in 2019 by James Murdoch, the former CEO of 21st Century Fox, Sky plc, and STAR. The company has offices in New York and Mumbai. Collectively, the Lupa team has extensive experience building and scaling businesses across the globe in multiple industries. Lupa focuses on companies within the technology and media industries, impact-driven companies focused on environmental sustainability, and emerging markets, particularly within the Indo-Pacific region.

About James R. Murdoch (Founder & CEO)
James Murdoch is an investor and philanthropist. After more than two decades of global leadership in the media and technology industries, James Murdoch founded Lupa Systems as a private holding company. Mr. Murdoch most recently served as CEO of 21st Century Fox from 2015 to 2019; previously he served as 21st Century Fox Co-COO, Chairman and CEO for Europe and Asia. Prior to his time at 21st Century Fox, Mr. Murdoch was the CEO and Chairman of Sky, and CEO of STAR TV. He is a Director of Tesla, the Dia Art Foundation, and Vice-Chair of the Center for New American Security. James and his wife, Kathryn Murdoch, are founders of Quadrivium, a foundation that invests in democracy reform, technology and society, scientific awareness, and climate and ocean health issues.

About Uday Shankar
Uday Shankar left Disney on December 31, 2020 and announced that he will be moving to an entrepreneurial career where, with funding from global investors, he would support founders to create transformational solutions.  A journalist by training, Uday led and transformed television: he took over as CEO of Star India in 2007 and transformed the company’s broadcast operations and made Star India one of the biggest media and entertainment companies in Asia.  He subsequently led 21st Century Fox’s operations throughout Asia.  Uday was appointed President of Walt Disney Asia Pacific when the Walt Disney Company acquired 21st Century Fox. Under his leadership, Star launched Hotstar – now Disney+ Hotstar –one of the most successful streaming services globally.  Uday currently serves as the President of Federation of Indian Chamber of Commerce & Industry (FICCI).

About Qatar Investment Authority
Qatar Investment Authority (“QIA”) is the sovereign wealth fund of the State of Qatar. QIA was founded in 2005 to invest and manage the state reserve funds. QIA is among the largest and most active sovereign wealth funds globally. QIA invests across a wide range of asset classes and regions as well as in partnership with leading institutions around the world to build a global and diversified investment portfolio with a long-term perspective that can deliver sustainable returns and contribute to the prosperity of the State of Qatar.