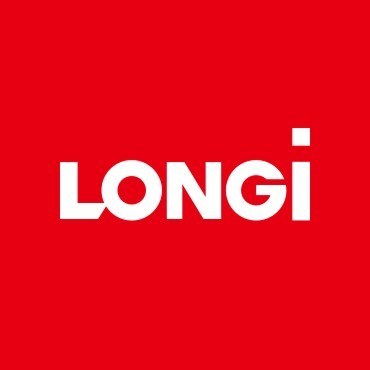 In the next 8 years, LONGi Group will follow a 5-stage roadmap, including solid actions like improving energy use efficiency among its factories in and outside China, building new factories that have access to green electricity, building more PV power stations for self-use, and prioritizing green electricity use and influencing stakeholders.

“We are proud to announce our RE100 roadmap for 100% renewable energy use. LONGi Group, as a global company dedicated to solar technology and manufacturing, will work closely with The Climate Group and our partners to deliver this green commitment. We hope to shoulder more responsibilities for global energy transition”, says Mr. Zhong Baoshen, Chairman of LONGi Group.

“Through this process, LONGi can fully influence our supply chain partners and our customers by delivering the RE100 initiative. LONGi will play by example to promote more industries to focus on clean energy, and LONGi is happy to provide technology solutions and support for those who have the same ambition”, adds Mr. Li Zhenguo, founder and president of LONGi Group.

LONGi has always been practicing the concept of ‘using clean energy to produce clean energy products.’ Since 2015, LONGi Group has relocated some of their manufacturing facilities to Yunnan Province in southwestern China, from the regions mainly powered by fossil-fuel generated electricity, to areas that are mostly powered by hydropower. LONGi built factories in China’s Yunnan Province and Malaysia’s Kuching, where hydropower was abundant and cheap. Using hydropower, LONGi produces PV products, including the mono-crystalline silicon ingots, wafers, cells, and modules with lower production costs. LONGi has also installed solar power systems on the roof of Wuxi LONGi and Taizhou LONGi Factory to increase clean energy use.

Earlier this March, the Xi’an City headquartered solar technology giant joined the RE100 initiative, a global corporate leadership initiative led by The Climate Group in partnership with Carbon Disclosure Project. The RE100 initiative brings together influential businesses committed to 100% renewable electricity.

LONGi President Li Zhenguo says initiating such platform is aimed to promote the transition of China’s energy sector to a clean and low-carbon future and help resolve climate change issues and global energy crisis. Li adds these renewable energy companies and industry associations will set an example for China’s energy transition and play their role as China trying to deliver its commitment to the Paris Climate Agreement.

RE100 is the global corporate renewable energy initiative bringing together hundreds of large and ambitious businesses committed to 100% renewable electricity.

Led by The Climate Group in partnership with CDP, RE100’s mission is to accelerate a global shift to clean energy and zero carbon grids – delivering a cleaner, healthier future for all. 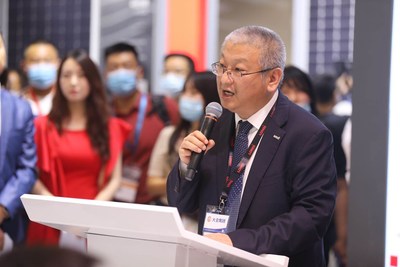 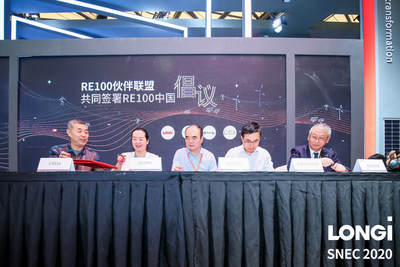