BEIJING, Jan. 23, 2022 /PRNewswire/ — CGTN’s Liu Xin reached out to Tonga’s Legislative Assembly Speaker Lord Fatafehi Fakafanua after volcanic eruptions and tsunami pounded the Pacific Island nation, for an update on the situation. CGTN was among the first Asian media outlets to speak to him. In her live interview, Liu Xin focused on the humanitarian aspect of the crisis and what was needed urgently to mitigate it.

“The shockwave s  went right through the body “

Fakafanua was traveling to New Zealand when the undersea Hunga Tonga-Hunga Ha’apai volcano was smoldering. He was in New Zealand when it erupted and so, was able to communicate with the rest of the world.

His wife Krystal, who was in Tonga, told him how shockwaves vibrated the entire building where they live. It was a different feeling from an earthquake. The shockwaves went right through the body.

While saddened by the loss of life — three deaths had been confirmed by Jan 23 — Fakafanua told Liu Xin the authorities were relieved that the toll wasn’t higher. He also shared some good news. Hopefully, schools would reopen soon, probably on January 31.

A long road to recovery

However, communication in Tonga was still far from being back to normal. While voice calls and texts were possible, emails were intermittent.

The politician felt the damage to infrastructure and the effects of the volcanic ash and the tsunami would probably be felt for years to come.

The United Nations Food and Agriculture Organization echoed him, saying in a statement on January 21 that the ashfall could have detrimental effects on crops and livestock. Around 86 percent of Tongans are engaged in some form of agriculture – either farming or raising livestock or fishing.

Fakafanua said the international community had responded swiftly in providing aid. However, “We need water, we need food.”

Anti-COVID-19 efforts will also add to the difficulties in receiving external assistance. Tonga, which has reported just one case of COVID-19 so far, is receiving foreign relief assistance in a contact-less form to ensure there are no new infections. All international humanitarian supplies are being dropped off without the crew coming in contact with the islanders. China rushed cash assistance and emergency supplies on January 20. 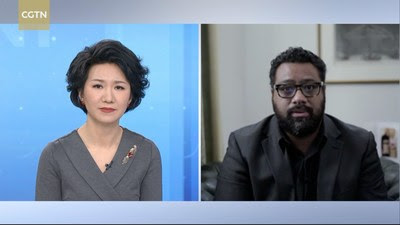